The bird of prey diving into Finnish waters

A large bird, similar to seagull in its colouring, hovers above the shallow water near the shore. After a while, it pulls back its wings and plunges into the water with a loud splash. The osprey rises from the water, but has no prey. New attempt, the osprey’s gaze is glued to the fish swimming close to the surface and, immediately, the osprey plunges back into the water. Only at the last second its feet push forward and its sharp talons prepare for the attack.

Water droplets fly everywhere as the osprey dives underwater for a moment, struggles with a fish, and then, finally, rises back into the air. From the water rises a silver-scaled bream, caught in the osprey’s claws. After catching such a handsome prey, the male bird rises higher and brings the bream straight to the nest where the hungry female and nestlings are waiting.

The national osprey project is an impressive example of the work bird ringers do for the benefit of the Finnish nature. In 1971, bird ringers took the osprey under special monitoring and since then almost all reported osprey nests have been checked every year. Professor Pertti Saurola and superintendent Jari Valkama are in charge of the osprey project.

In 2019, about a hundred osprey ringers participated in the checks and almost 1,200 inhabited nests were discovered. The nestling yield per nest has in the last few years been two ringing-aged osprey nestlings, which can be considered a good result.

The project was only a few years old when it was noted that the lack of suitable nesting trees in peaceful environments was a threat to the Finnish osprey population. Nowadays, over a half of all osprey couples nest in artificial nests made by bird enthusiasts. 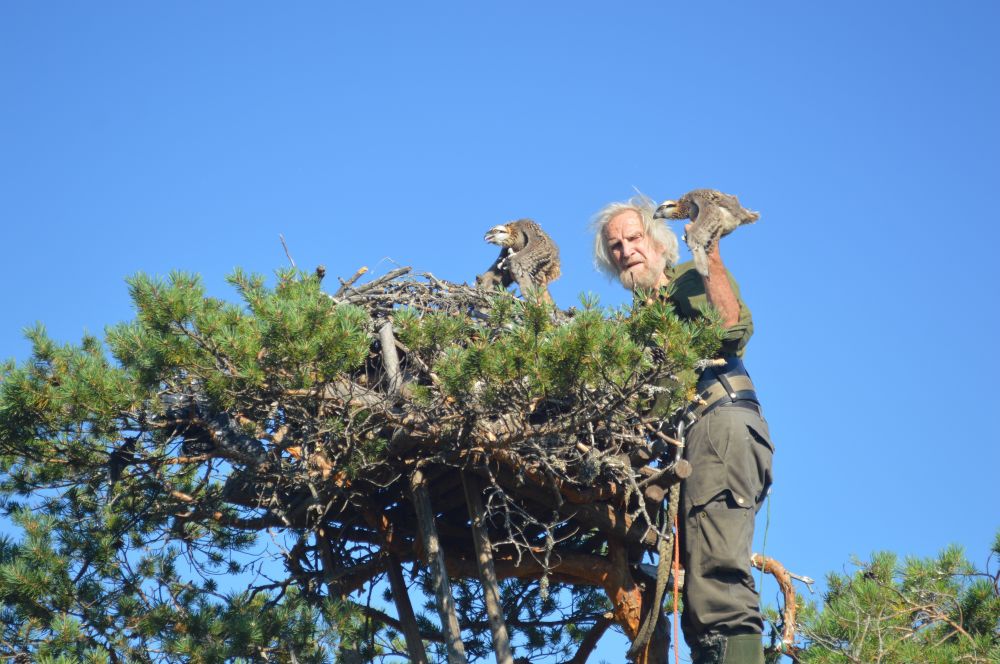