Osprey, one of our noblest bird species, is also one of the most widely distributed species in the world. After eagles, it is our largest daytime bird of prey. Ospreys are generally well known among people for the reason that they differ greatly from our other raptors in both appearance and habits.

Osprey's diet consists almost exclusively of fish. The bird has an extraordinary way of preying its fish by plunging into the water straight from the air. Preying is always a unique and spectacular show worth watching. See the videos from Pohtiolampi:

The weight of prey fishes is around 300 grams. Formerly, ospreys were bitterly thought of as "fish robbers". Nowadays, however, every knowing fisherman acknowledges osprey as the undeniable king of fishing waters. Moreover, the fishes caught by ospreys are often secondary to humans.

Osprey always builds its nest in the uppermost fork of a tree with an open view on the surrounding. In Finland, suitable nesting trees are usually limited to old pines having a flat crown with strong uppermost branches. Of course, other pillars rising far above the surrounding go as well. Consequently nests have been found in old geodetic towers as well as on top of sea marks, for instance. The Osprey's nest is an unbelievably messy heap generally built of dry sticks. Both the height and diameter of an osprey nest might end up being over a few meters after many years of use. Often the same nest can be used for decades. 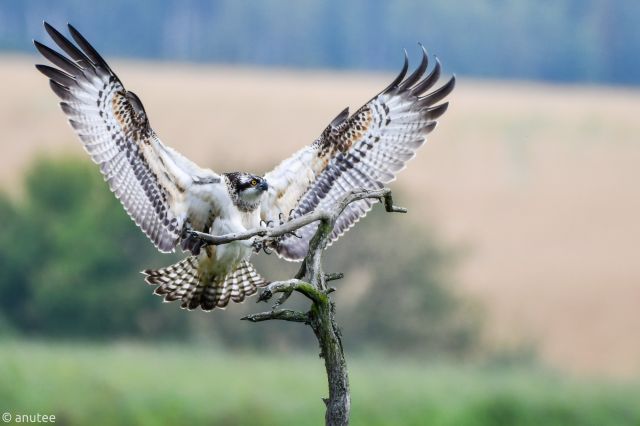 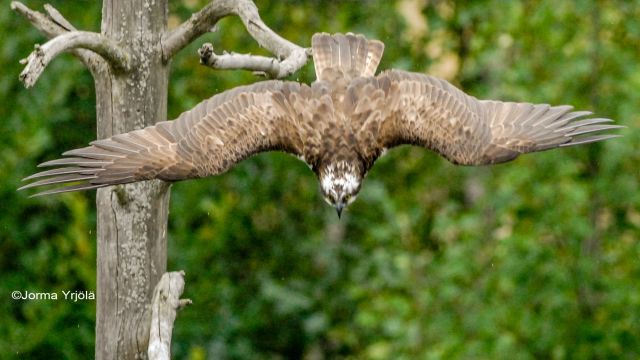